Hey Marko, thank you so much for talking to us!

I would like to go back in time a bit and ask about your past. Your path on Techno music seems to be really interesting, given that you are from Croatia, where – similarly to Hungary, the scene was not always a given.

How did you end up listening to Techno and what are some of the initial influences that shaped your taste in music?

My first introduction to Techno music happened way back in 1999. It was through a local event organized by one of the beat DJs and promoters from Osijek, DJ Sly. And as a matter of fact, underground subculture of every kind at that time had quite a support from the city officials and this event was no exception. So, through my high-school teacher that also was my drama class teacher I managed to get tickets for the event as we did a lot of performances for city council too. So that was a very interesting way of getting into techno music I always thought. That drama class really paid off, haha.

When did you start DJing and producing? Have you had any help in the process? What are your preferences while playing? A more intimate club setting, or larger venues and festivals?

Not long after just attending events, someone from my friends got some turntables and couple of house records. So, we kinda mixed with those for a while until I got couple of techno records bought for me from Vienna I think. Some friend of a friend went there regularly for shopping and so I put up some $ upfront and asked to get something good. I didn’t know what I’m going to get and it was a pure luck to get Oliver Ho – Mutate and Survive and couple of Primeval records. It was all very naïve, almost ignorant but very fun.

After that I mostly started playing in clubs, few open airs but not much of the festivals at first, mainly because they weren’t so predominant in my area at those times. So that shaped me mainly as a club dj and I will always be faithful to the club dancefloor. You have not only been producing, but also promoting. You have your own series “Traum” you were running together with your colleagues in your hometown, Osijek.
How did you end up promoting, and what are some of the hardships you’ve had to live through while doing the events?

The idea of promoting came just from necessity. We wanted to do things we enjoyed while visiting many European cities, mainly Berlin, over the years. So, we premiered over the years a lot of underground artists from Paula Temple, DJ Deep, Etapp Kyle, Antigone, Amotik, Lewis Fautzi, Anthony Linell etc… It wasn’t easy at first but eventually we got the trust from the audience. Unfortunately, Covid – like everywhere, made unrepairable damages and most things seem like they are one square one. Just like with TRAUM series, at the moment it’s on a hiatus and who knows if it’s ever gonna be back and in what form.

It seems that the recent resurge of the ‘90s trance sound has not made a mark on your output. What do you think about the global state of affairs of Techno at the moment?

Well funny thing is that first event I attended was named something like Techno vs Trance, so I was exposed to that Trance sound at the start and I kinda get why it’s getting popular again. It’s an easy way in for people to get into electronic music and partying in general. It’s all very cyclical and best music is always made and listened in those mid points, in those small windows when things are just about to blow up and before it gets so popularised that you need all sorts of gimmicks to get more and more people into this machine that is supposed to be underground electronic music. Let’s talk about your label, Secession. You seem to be really active with it on Bandcamp. At the same time, you have already released three 12” vinyl EPs. What is the thought behind the aesthetic of the label and what are your plans with it? Having your own label means you get to curate your output. Do you have a strict direction in mind? How about the other label you were affiliated with – Out Of Place?

Out Of Place is the first label I started with my ex-partner Insolate that I’m not a part of anymore for a lot of reasons. Simultaneously, I started Secession records to push myself into the direction I wanted. Collaboration is nice but you really learn a lot about yourself when you are the only one behind the driving wheel. Secession in its name already had the term withdrawal from a larger entity and it also represents an art movement closely related to Art Nouveau that is very prevalent in my hometown Osijek where I grew up. So, this was a very natural and easy choice for me especially in terms of aesthetics since all the visuals are coming directly from my hometown.

In terms of music and medium, Secession started as a vinyl & digital label but with the steady rise of vinyl releasing labels and stagnation or even a decline in number of pressing plants, the time to press a record went out of control. So, last couple of releases on Secession went as digital only and to be honest they made as much, or even better, impact as their vinyl counterpart. It probably has to do with the way I’m handling those, the same I would treat a vinyl release. High standards and a quality curation. Not only for myself but for the artist themselves. I want to release good music for the artist itself just as much as I want it for the label. 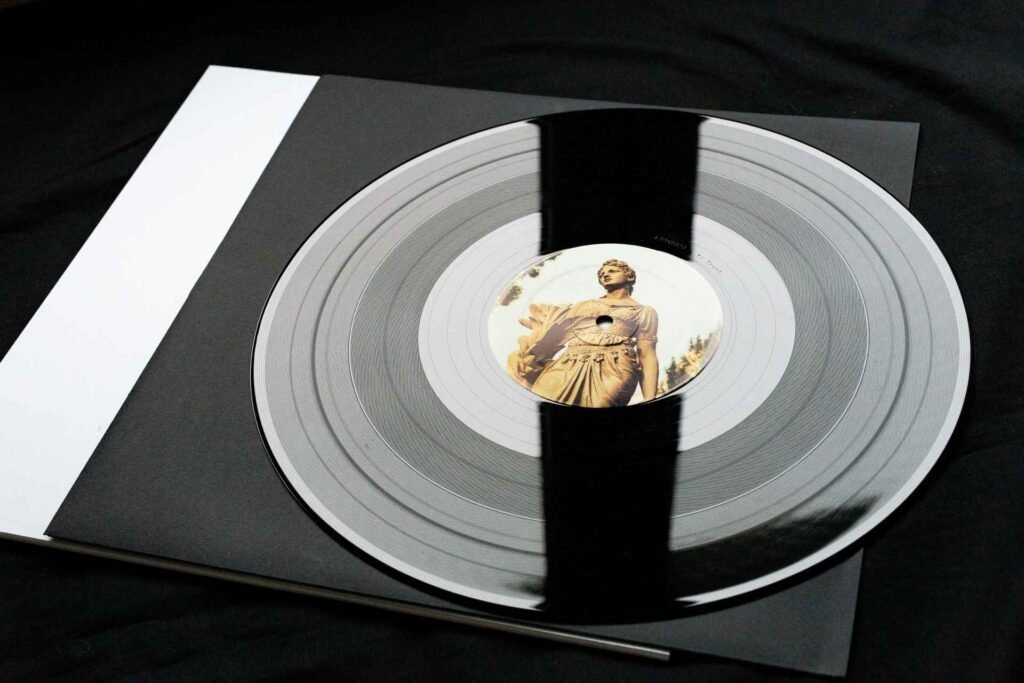 We at Technokunst have a strong focus on vinyl as a carrying medium for music. We are also glad to see that you keep pushing vinyl releases. What are your thoughts on vinyl as media and how do you see the future of releasing records? This is especially interesting now that digital distribution seems “easy” while we hear vinyl releases may end up getting delayed on multiple stages of the process and by as much as 6 months.

Of course, but I’m a firm believer in logic and if keeping certain medium delays everything and actually has more cons than pros I will back off from it for a while until it starts to make more sense. Nothing in my life was chosen based on what’s easier… quite on the contrary, rather what is more logical at the moment. So, vinyl will still play a big part in Secession but in a way that has more sense and there is a plan for the next 12” ready to be executed. 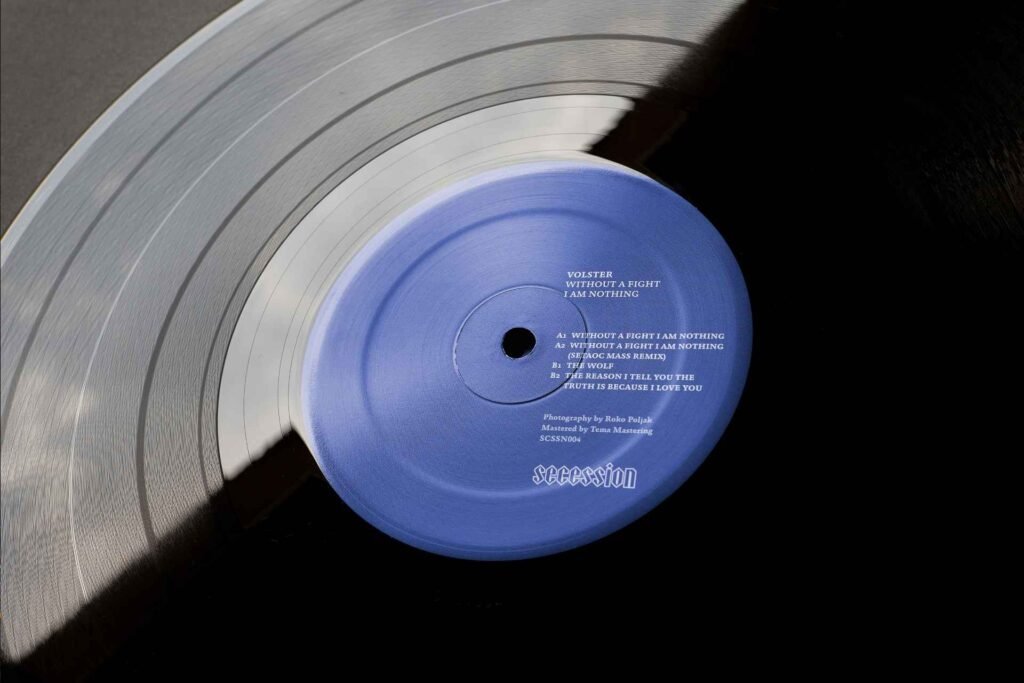 What is your method of production? Do you use a mixture of analogue and digital or instead focus on either of them? How does your workflow look like? Care to share a few photos of your studio and favourite gear?

It started primarily as digital only but then it evolved into a mixture of digital and analogue with couple of rhythm machines, synths and pedals. But lately due to different reasons I found myself doing almost everything in DAW. I just went into this rabbit hole of plugins that are fantastic at the moment and this is where I feel comfortable now. Elektron still plays a part of it, with Digitakt as my main rhythm machine.

What is in focus for the Volster project right now? Promotion, production, or playing?

I always did a lot of things at once which worked ok but now, I’m planning to get in the studio more and dedicate my focus there.

Can you share some of your favourite music – current or past, that you wish readers of this
interview heard?

I listen a lot of different kind of music and there may be days without me listening to anything Techno related. The last thing that I’m in awe of and that I regularly play in my car is the new Kendrick Lamar album, which is so honest and truthful that is very inspiring to me. Also, you can check out my Home Selection playlist for Oecus on Spotify to get a feel of what I usually listen to.